You probably know what grommets are, but do you know how easy they are to install? 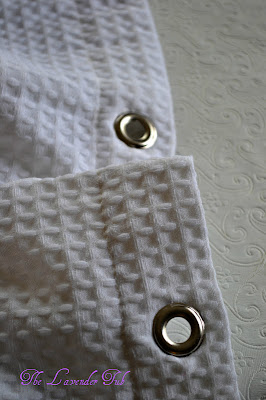 Let me show you with a shower curtain I recently re-made.
I have a shower in my downstairs bathroom that has a pretty narrow opening.  It did have a glass door on it, but the door was so ugly and etched that every time I sat on the.......well, the thinking chair, I definitely wanted it gone.  Did I really just write that?
One day I decided I had had enough of looking at the gross old door, and I took that baby out.
Unfortunately, the opening left behind was an awkward size for a standard sized shower curtain.  A standard shower curtain was much to wide, but also too short.
I found this curtain at a thrift store for $5.  It was still new in the package and I think it was probably a hotel surplus, as they had several others.  I decided to cut a portion from the side of the curtain and attach it to the bottom for the hem. Since the holes at the top no longer lined up like I needed them to, I cut that portion off as well. 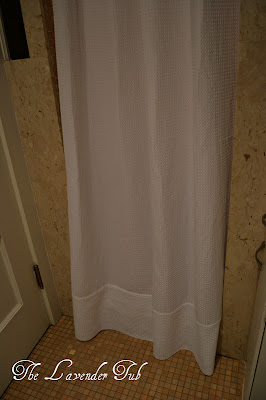 Once my curtain was hemmed, I decided to add grommets to the top to make holes for the rings.  They give it a nice finished look, and they are very easy to add.
Here, let me show you how: 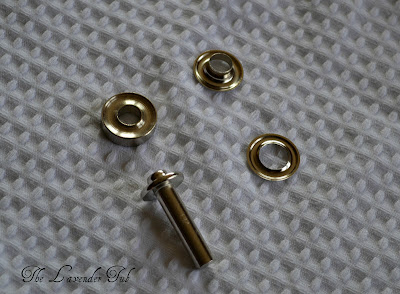 To add grommets to a project, you first need to purchase a package of grommets, but also a grommet tool. Neither of these are very expensive, and of course the tool can be reused.  You must make sure the tool you select is the same size as the grommets you are going to use. 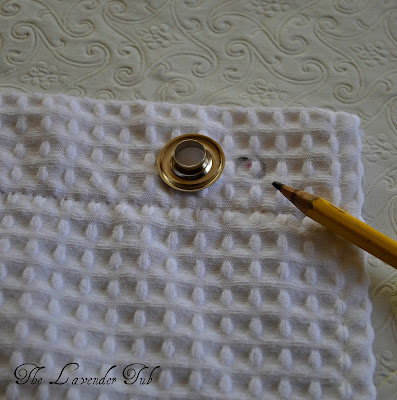 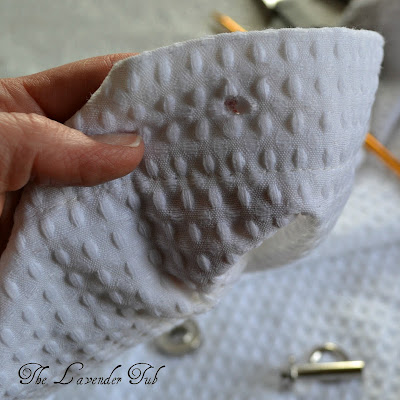 Cut out the circle through all the layers of fabric, if necessary.  Do not cut any larger than the circle in order to prevent fraying and a grommet that will pull out. 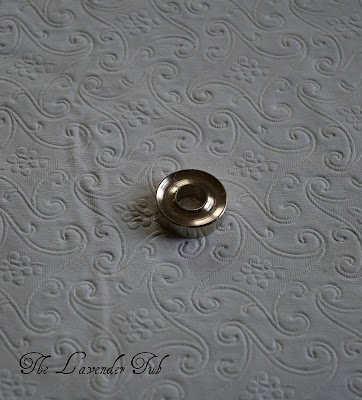 Next, place the flat portion of your grommet tool on a concrete surface. 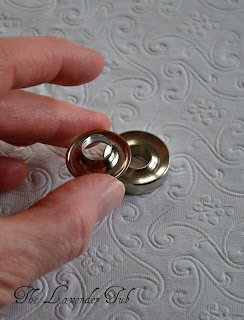 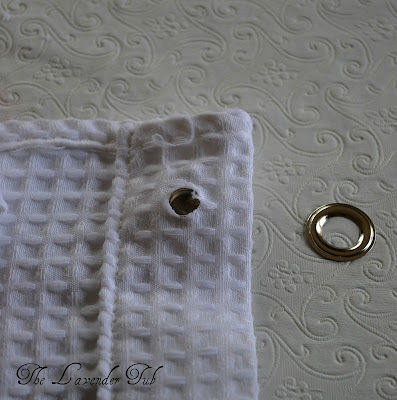 Place the ring of the grommet over the nipple (rounded side up), and finally put the stem portion of the grommet tool (with the disc side down and the stem side up) into the nipple.  Now, just hit the tool with a hammer.  Be sure to hit hard enough to secure the grommet.  Continue hitting the stem, turning your project about 1/4 turn each time you strike, until you feel the grommet is good and secure. 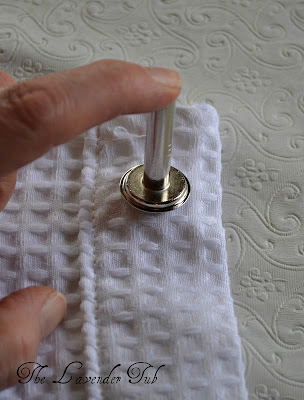 It's really kind of fun and in no time - your project will finished! 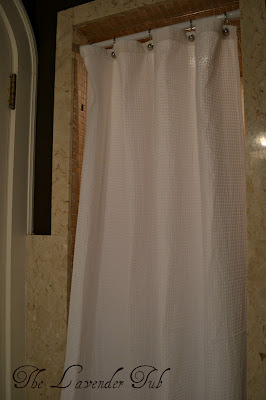 Here is my finished shower curtain.  I'm pretty satisfied, and it certainly is much nicer to look at than that glass door.  I just can't get it all in one picture, because my bathroom is too tiny.
Thanks for stopping by,