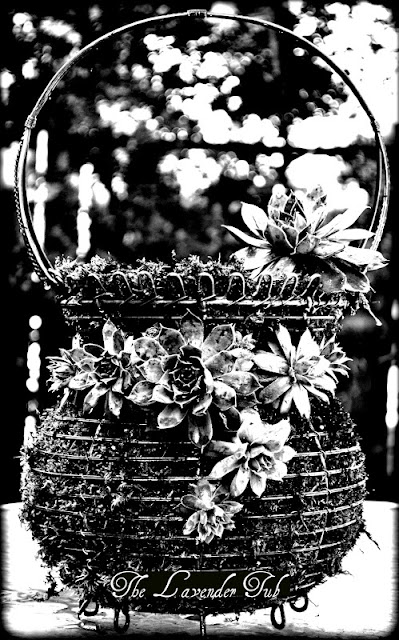 Several years ago I saw a sphere of succulents in a Martha Stewart magazine.  It was so breathtaking - I've always wanted to make one.  The problem is - I'm not really sure where I would hang it.  So, for now, I've decided to put together a basket that I can actually set on my outdoor patio table. 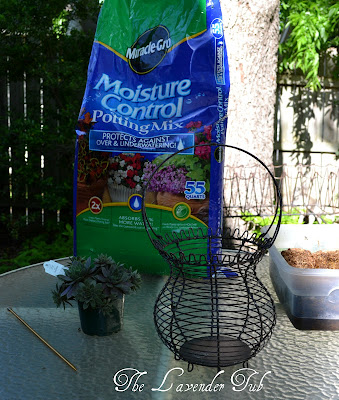 (My poor knitting needles are so abused - they rarely see any knitting action.)
To create this arrangement you'll need a wire basket, a pot of Hen and Chicks succulents, strips of sphagnum moss, potting mix, and a knitting needle. 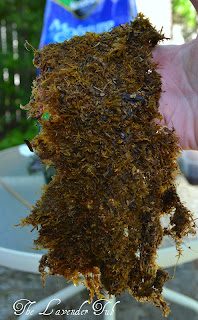 First, soak the moss until it is good and moist. 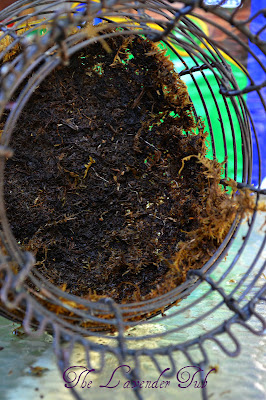 Next, begin layering the moss inside of the wire basket, followed by potting mix.  It is a bit of a juggling act to add some moss and then hold it in place with the mix.  Taking it a small layer at a time seems to work best with a rounded basket like the one I'm using.
For my design, I wanted the succulents to form a ribbon around the neck of the basket.  I added the moss and mix layers until I reached the neck.  At this point, I began adding the Hen and Chicks. 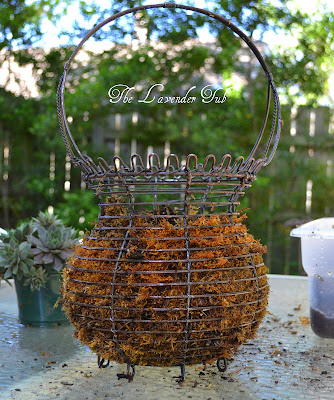 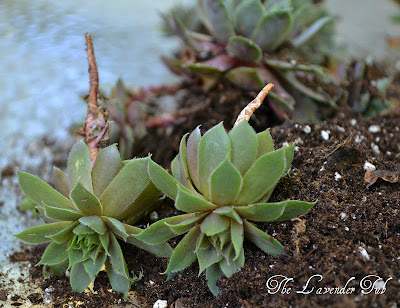 The Hen does not have a long root like the Chicks, so I carefully tucked its tinier roots in with the knitting needle.  Also, as my design developed, I went back to places where the moss and mix were already filled in and poked a hole with the knitting needle to create an opening for a Chick.  After I inserted a Chick into a hole, I used the knitting needle to gently push the mix and moss firmly around the root.
Once all of the Hens and Chicks are in place,  finish by adding more potting mix and top the arrangement with a final layer of moss.  Finally, give the entire arrangement a good watering. 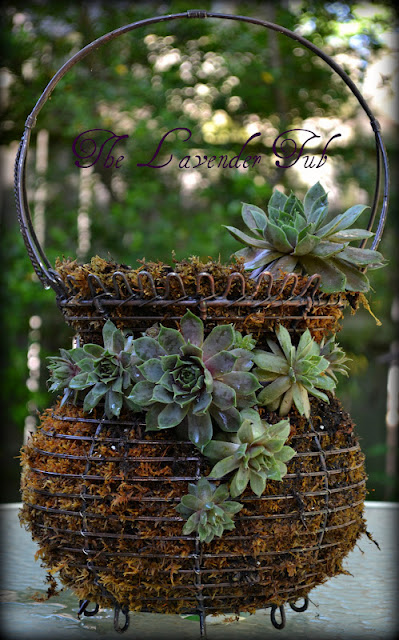 The Hen may die off after awhile, but you can replace her. Also, the Chicks should continue to grow and start adding new little chicks themselves - adding to the beauty of your design.
I'd love to hear your thoughts on this project!
Thanks for stopping by,
Ellie


Parties I Will Be Linking To:
Sunday - The Sunday Showcase Party at Under The Table and Dreaming, DIY Project Parade at The DIY Showoff
Monday - Metamorphosis Monday at Between Naps on the Porch
Tuesday - Show Me What Ya Got at Not Just a Housewife,
Wednesday - Wow Us Wednesday at Savvy Southern Style,
Thursday - Open House Party at No Minimalist Here,   Catch As Catch Can at My Repurposed Life
Friday - Furniture Feature Friday at Miss Mustard Seed, Feathered Nest Friday at French Country Cottage, Show and Tell Friday at My Romantic Home, Weekend Wrap up Party at Tatertots and Jello
Posted by Ellie at 10:41 AM