Banana Pudding is one of my favorite desserts.  I love everyone's!  My mom's (mmmmmm - old fashioned), Paula Dean's (so yummy, but rich), Southern Living at Home, my neighbor's.........Love.Them.All!!! 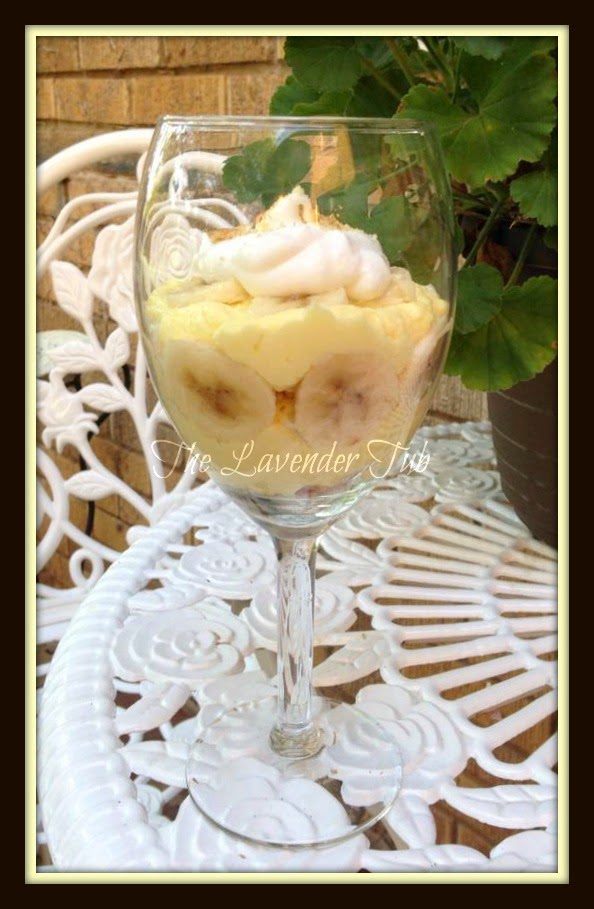 So, when I came across this simple, simple recipe on Pinterest from The Scrap Schoppe, I thought I'd give it a try.  I knew I would like it.  What intrigued me was her claim that it was
The Best, but also because it had sour cream in it.

You can find her link here,
but I've listed her basic instructions below:

Lavender Tub Tip:  This pudding tastes best if it rests for 10+ hours.  To help the flavors blend quicker and to soften the wafers faster - crush them instead of using whole.  *Also, I like to use the Cool Whip to fold into the pudding because it holds its fluff, but I think it tastes wonderful when you top with real whipped cream.

This pudding IS very mousse-like as she claims.  It is also especially nice because the sour cream takes a bit of that "too sweet" away.

Y'all c'mon over!
I just made a big batch so I could take a picture.
It is not safe for me to be alone with
this much Banana Pudding!

Thanks for stopping by the Tub,